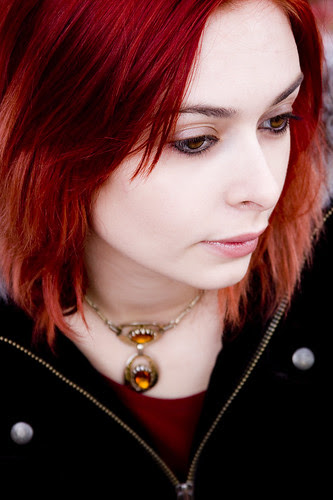 I'm so far behind processing photoshoots that this image is from October 29, and I'm posting it here on November 25. And I'm still not done with this shoot--we've even shot again since then!

This photo and others surrounding it were taken at the local arboretum. They have such a huge variety of trees and other foliage that everywhere you turn there's a different kind of background. Makes for great photos, and it's a paradise for senior and wedding photoshoots. Every time I went there this Fall, there was at least one "professional" photographer leading couples, wedding parties or high school students around.

Sarha is easy to photograph. She's very graceful and almost sublime in almost every shot. She's attended a modeling school and does amazing makeup work as well, but it's her poise that sets her apart. I'm looking forward to our next shoot!

Posted by austinspace at 10:13 AM No comments: 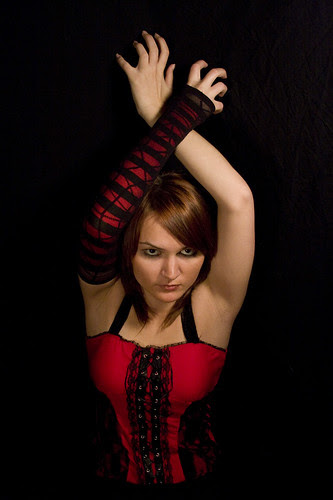 As the weather gets colder I find it's harder to motivate myself and a model to go outside and shoot. Thankfully, I have studio lights and a warm little room to shoot in! This shot of Alina is against a black backdrop and I believe she's sitting down. I'm using both of my Alien Bees 800s--one directly in front of her and the other high and to her left pointed down.

Alina's friend Sarha gave me two additional lights that are like mini-novas compared to my Bees, so it will be interesting to incorporate them into shoots. I did use them on this page and they're so bright they leave little shadow to play with. I prefer a little moodier than that, so we'll see how much I end up using them.

I'm pondering a remote battery power pack to haul my lights around on location. That would please Oriana!

Posted by austinspace at 1:02 PM No comments: 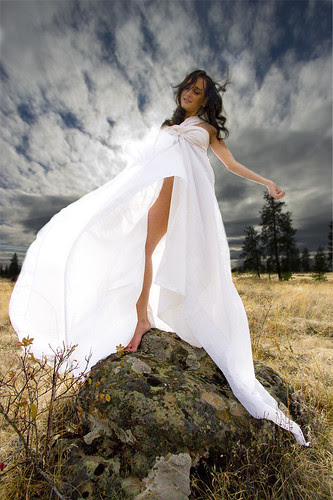 I'm lucky to have met a great model and more importantly person named Oriana, who seemingly does it all--model, actress, makeup artist and more. We shot at a nearby wildlife refuge (the only wildlife we saw were some bugs) on Columbus Day and more than two weeks later I'm still going through the 735 photos we took that day!

This shot represents more processing than I'm used to, but the effect was good enough to reach Flickr's Explore pages. It's actually two exposures combined in layers--the horizon and sky are one layer, and the rest is another layer on top of that. Since I don't have portable lighting, I had to cheat since I'm facing the sun here.

Oriana was in fact wearing underwear, too, but I cloned it out because it disrupted the lines and looks more natural without it, based on a suggestion by my wife.

Oriana's pose here is what really makes the shot for me. She gives great poses that are interesting without looking forced. We've shot again since but those pix won't see the light of day for at least another week! I'm so far behind...

More of the ever-expanding set of Oriana pix can be found here.
Posted by austinspace at 12:59 PM No comments: